While I was already fully invested in other camera brands that accommodated my different photography needs, the Sony Alpha 7R impressed me so much that I purchased it right away.

That was six years ago.

Now, I owned and used every version of the Sony Alpha 7R series. This endeavour was mainly due to the series’ compatibility to a whole range of third-party lenses, hence allowing me to effectively streamline my equipment to one single system.
So naturally, I was super pumped when Sony announced the launch of Alpha 7R IV — the tenth Sony full-frame mirrorless camera.

Sharing the same DNA of the original Sony Alpha 7R, the latest descendant not only retains the awesome compatibility to multiple lenses, but also boasts other upgraded specs and features that redefined my photography.

In this review, I will explain how the Sony Alpha 7R IV has helped me achieve so much more in my photography. 1. The Alpha 7R series saw not one, not two but three upgrades in the cameras’ handgrip. This feature is usually insignificant due to the advent of smaller cameras with mirrorless interchangeable lens compact systems. Even the handgrip on the original Alpha 7R was only but a pronounced bulge, before improving in the Alpha 7 II and Alpha 7 III. However, it is the Alpha 7R IV that hits the spot in comfort and operability. Yes, the handgrip has made the camera looking the biggest in the Alpha series, but it is still nowhere near as bulky as a DSLR, or any competing full frame mirrorless cameras for that matter. 3. The door that accesses the SDXC card slots has also been completely redesigned to be not only more robust (as the part constantly moves), but also more water-resistant. This is a small yet a much appreciated update for myself who uses the camera constantly. 4. Sony has now added a lock to the Exposure Compensation dial on the top plate of the Alpha 7R IV. While I never found the old dial on the previous cameras to be much of a problem such as accidentally adjusting my exposure compensation, I know of other photographers who have had issues with this. It is great that Sony has once more chosen to improve something as minor (yet important to many) as this.

The above body improvements to the Alpha 7R IV add up to more than a sum of their parts. Once you pick up the camera and feel it for yourself, you will know what I mean when I say that it feels a lot better than the Alpha 7R III. 1. By now, we all know what Sony has done for the internal of the Alpha 7R IV places it head and shoulders above its competitors. However, understanding the camera on paper is really different from picking up and using it.
Let’s start with the Electronic Viewfinder. Sony has always been a pioneer of the EVF and it is well known that third-party camera manufacturers licensed Sony’s EVF for use in their own flagship cameras. So, it comes with no surprise that the new EVF on the Sony Alpha 7R IV is really spectacular.

The debut of this feature was not by Sony, but by a camera of another brand. So the few of us, who are in the know, had actually “previewed” this new EVF by trying out the other camera. As we knew Sony would eventually incorporate all the innovations they make across their various business units (Sensor division + OLED Microdisplay division), we knew what to expect.
The Alpha 7R IV now boasts the top of the line UXGA OLED micro-display with 5.76 million pixels of resolution as compared to the Alpha 7R III’s 3.69 million pixels. This translates to an EVF that is the most lifelike of any EVF I have ever used. For my architectural photography work, I can make out all the smallest details in a building when I zoom in with the EVF.

2. Other smaller improvements include such as 1) the ability to set the focusing bracket colour in the EVF to red instead of white and the fact that it flashes pink when focus cannot be achieved, 2) the ability for both SDXC card slots to work at UHS-II high speeds, 3) an improved menu system, plus 4) a function that lets you copy menu settings from one Alpha 7R IV to another via a SD card. Lastly, the 5) new Imaging Edge app allows you to now control the Alpha 7R IV wirelessly without the need for an external network. All these little improvements, when put together, have made shooting with Alpha 7R IV more streamlined and, I dare say, enjoyable process as compared to all former iterations of the Alpha 7R. 1. Sony has been touting “medium format” quality in a 35mm full-frame camera as the highlight for the Alpha 7R IV. I can vouch that this is not just marketing speak as the jump from the Alpha 7R III’s 42 megapixels to the Alpha 7R IV’s 61 megapixels is enough to make a huge difference in both my workflow and the resulting images.

With 61 megapixels, I can now make larger prints (which I still do a fair bit of) without needing to interpolate my files in post. Furthermore, in the case where I need to crop an image in either a 1x1 (square) or 2.5x1 (panoramic) aspect ratio, I can do so while retaining a high resolution — 40 megapixels for the square image and 36 megapixels for the panoramic image. It is truly amazing! There is really no difference in dynamic range and noise levels from the Alpha 7R III’s older sensor. 2. When you throw Pixel Shift into the mix, the Sony Alpha 7R IV becomes an absolute powerhouse of a resolution- and detail-oriented camera. What’s more, the second generation of Pixel Shift now comes in two modes: a 4-shot 120-megapixel mode and a 16-shot 240-megapixel mode.

Pixel Shift also automatically puts camera in the Electronic Shutter mode, which selects the lowest possible lag time in between shots. Of course, you will need a really sturdy tripod and a subject matter that doesn’t move because you are combining four or sixteen single images into one shot. Hence, stability is of utmost importance. It may seem a lot of work having to use a tripod (especially in broad daylight) but trust me, the results are astounding. You’ll get shots in an increased resolution without any electronic noise in the process. For those familiar with Sony’s full-frame mirrorless ecosystem and how the brand has implemented upgrades in the cameras, the Alpha 7R IV likens to a wish list of functions and features requested by photographers in the previous models of the Alpha 7R series.

For example, the NP-FZ100 battery, featured in the Alpha 9, was incorporated into the Alpha 7R III when it launched. Another instance is the autofocusing, seen in the Alpha 7R III, is now an improved feature in the Alpha 7R IV.
Different photographers have different needs. A lot of my work involves the photographic documentation of spaces and buildings that won’t be here in a decade so my requirements are very clear — achieving quality shots in a compact, fast and functional camera. For me, the Alpha 7R series, particularly the Alpha 7R IV, is as good as it gets.

If your needs are similar to mine and you plan on acquiring an Alpha 7R IV, do yourself a favour and use only fast UHS-II (300MB/s) SDXC cards. This ensures that the camera is able to write the files from its buffer as quickly as it is designed to. Plus, consider getting a really sturdy tripod if you intend to do any Pixel Shifting. And there, you’re all set!

Disclaimer:
The opinions expressed in this publication are those of the author. They do not reflect the opinions or views of Sony Singapore. 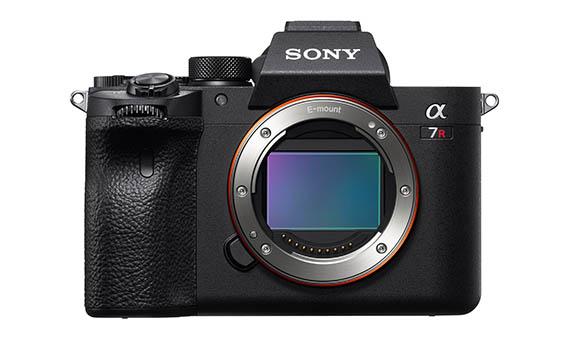 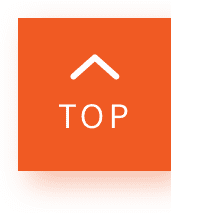 We would like to request access to your Geolocation to provide you with a customised experience. Please know that you can withdraw your consent at any time via your browser settings.